Diane was tired of the arguing and the fighting. She had never experienced this kind of problem with her sisters before, but now that it was clear that their father needed some level of care at home, some form of home care services, it seemed as though not one of them could agree on the right thing to do for him.

Diane was the center point in the discussion. This wasn’t exactly by choice, but she was the one daughter who lived closest to their father, so she became the de facto administrator for his care. She was the one who had noticed that he was having more trouble as of late trying to take care of himself in his home. Their mother had divorced him many years ago and he simply hadn’t remarried or met anyone that he cared to settle down with again, so he spent much of his time alone.

Diane was so frustrated with the arguing and realized that all of this discussion was getting nowhere, and even though she had found a very good in home health care services provider that was close and who had a few available care providers who could start working with him right away, she couldn’t afford it on her own. She needed help from her siblings.

And that’s where part of the problem stemmed from. One of her sisters, Megan, was a freeloader. She had been leaning on their father for years and asking him to ‘bail her out’ time and time again financially. She didn’t have money to pay her rent and she wasn’t going to be able to pitch in to help with this care for him. Diane presumed that she figured that if their father was going to have a professional provide care for him, that he would no longer have control over his own finances.

Diane’s other sister lived across the country and hadn’t been back to visit in more than two years. She didn’t think that he needed care. She just assumed that it would be better, and cheaper, for Diane to support him. The problem was that Diane didn’t have the time or the desire to provide the care that he needed; they didn’t get along great and she knew that any support she gave him would only lead to more tension.

Diane learned, over time, that when you argue with siblings about home care services for a parent, it delays getting the help that they need. She finally took it upon herself and found out that with the right care, had her father sign power of attorney over to her, and managed his finances so that between Medicare reimbursements and his pension, they were able to get him the care that made his life much better in the comfort of his own home.

If you have a loved one who could benefit from the help of home care services in Spring Valley, TX contact the caregivers at At Your Side Home Care. We help seniors and their families with many levels of home care service. Call (832) 271-1600 for more information. 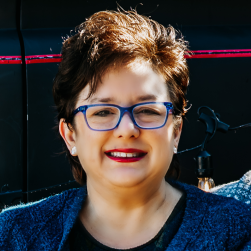